A friend registered on a matrimonial website got a call from a man looking to get married. Their conversation went like this:

Man: What will you do if I get a promotional transfer to another city?

Woman: I think if one partner, be it the man or the woman, gets a better job opportunity in another place and the other partner can move without adversely affecting her/his career, the shift can work out.

Man: Suppose the domestic worker hired for the house doesn’t turn up one day. What will you do?

Woman: That’s ok. Both partners can get together and finish the housework.

The next day the man’s mother called my friend’s parents to not-so-regretfully convey that my friend was too modern and won’t “fit” into their family. The man’s family had sought a “modern yet traditional” woman. In matrimonial parlance, modernity is like red blood cells whose presence in the body is essential but their count should fall within a certain range for a person to be healthy. My friend, according to the wife/daughter-in-law seekers, had scored too high and, therefore, negatively, on the modernity barometer.

What are these traditional values which our modern women have been failing? To be kind and empathetic, caring and considerate, are not traditional values. They are (timeless) values a decent human being has or aspires to develop regardless of their gender.

But to expect the woman to do all the housework or to jeopardise her work-life to make way for the man’s is unjust, regressive, hypocritical and discriminatory. And therefore a lot of the over 70 million single women in India are choosing to reject such propositions. A neighbour had once suggested a match to me. While I wasn’t interested, I decided to humour her and continue the conversation. I said I hoped the man’s family knew there would be no dowry. “But your parents will give something, right?” She meant that the amount of money to be given as dowry would be negotiable. For her, it was tradition; for me, a crime, not only a legal but a moral one.

My friend’s father, who had been disappointed that the match didn’t work out, had raised his daughter to be an educated woman with a career. He had often given her examples of trailblazing women to take inspiration from, no matter what their marital status. Yet society’s spectre of marriage being an essential rite of passage loomed over him when he couldn’t “get” his adult, perfectly capable and independent daughter married. He had encouraged my friend to grow throughout her life and then, frustrated with the matrimonial scene, had advised her to shrink, which she could not do, and rightly so.

What needed to be cut to size were the unreal expectations of the man and his family, who had raised their son to believe that somewhere a woman was being brought up with the sole purpose of fitting into his life. If it weren’t so outrageous, it would be amusing to observe that these men manage to live in a bubble for the greater part of their lives. I have known of prospective grooms who assume that the woman would be more than happy to leave her job and join him for greener pastures (read cards). One guy was taken aback when his online match wanted to discuss with him the subject of children, for he had grown up thinking that all women have their maternal instinct handy, and would love to turn the tap on and spout forth cherubs at the first chance they can grab. Another character insisted that he can get the woman a job through his illustrious connections and networks, while she repeatedly asserted she was perfectly happy in her current employment. When it comes to appraising each other for matrimonial symmetry, such men’s being out of tune with the women of the world leave the former confused and gaping in wonder, and the latter pulling out their hair in exasperation.

Perhaps that’s why a report found that a “high percentage of men with higher-education degrees are looking at profiles of women less educated than them”. Such people would do well to know that my “modern” friend and women like her, who refuse to be gaslighted into believing that to want equality is to be selfish, are setting up a new tradition. Our hitherto cloistered dotcom men would urgently need to bring themselves up to speed. 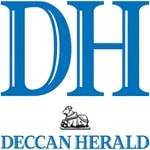 In east Rajasthan, there is a folk tradition of Hela Khyal—which has reportedly been going on since before Independence—where political questions are raised in poetry and have to be answered in the same format. Sadly today there is neither the brilliance of witty poetry nor the glint of sharp logic in the nature of so-called debates in this country.
Looking at the response to critiques of India’s former president APJ Abdul Kalam, there is a sense of things—read a healthy tradition of debate—falling apart. Those who adored Kalam say he was people’s president, yet they are not allowing many others to see him as their leader too and question him.
German poet Bertolt Brecht had asked leaders to allow the led the right to doubt, reminding them that they became leaders in the first place because they, too, had once doubted authority. Kalam’s followers are upset by critical appraisals of him, but in expressing this hurt are they following the values which they staunchly state Kalam had—and for which they idolised him?
After his death, one of the many quotes of his being remembered is: “One of the most important characteristics of a student is to question.” Why aren’t his own students, those who fondly say they saw him as their teacher, encouraging others to question?
Scientific enquiry requires that an issue be examined from multiple perspectives. The aim is to achieve an effective result that benefits the populace, not to create paeans around one’s own work. Would a scientific man, a great teacher, want his students to blindly accept the mainstream discourse and to let their impulsive, unfiltered emotions rule their heads and attack the challengers?

Now to examine why such evaluation and recalling of flaws is important. These dissenters are not celebrating his death but cautioning against all the values and achievements being talked of after his death, because they see the belief in those values and the subsequent actions as having adverse effects upon many in the country.
As far as I am concerned, we have to question Kalam’s staunch support for nuclear weapons. There are some great scientists, including Albert Einstein, who have regretted their role in producing weapons of mass destruction. Why is it that if Einstein could question himself for his role in producing the atomic bomb so many years ago, we are not allowed to criticise the man who played an enthusiastic role in developing the Indian nuclear and missile programmes?
Kalam was also superstitious, despite being a man of science.
In the book Building a New India, Kalam writes of “an extraordinary spiritual experience… The deity of the Brahma Kumaris, Shiva Baba, descended on one of the disciples, Dhadhi Gurzar. Before our eyes, her personality changed. Her face became radiant; her voice became deeper… We… were lucky to be called by her to the dais and blessed. As she blessed us she said, ‘Bharat will become the most beautiful land on earth.’” Should we not question such superstitious practices in a country where anti-superstition activists are killed?
In making someone a hero we distance them from ourselves, not allowing them to be their own selves but seeing them as we want to. After all our praise for them for attaining such heights, we then say we cannot follow the ideals they did because they’re up, up, up there and we are ordinary people, down here. And therefore those on top end up looking down upon people—often with contempt—and maybe in the case of Kalam, who opened his office to the public and said he wanted dialogue, with sadness?