When I go begging door to door
Only to return with an empty bowl,
I prefer to think charity is obsolete
Rather than wonder if my bowl’s chipped.

First published in The Criterion, June 2013.

I discuss politics with my lover
For we aren’t merely fools in love;

When we saw
The conversations between us
Were as impassioned as our sighs,
Our choice of each other got cemented, a well-brewed decision.

Still,
As I argue and frown and nod and smirk
In these debates
I hurry to hold him and love him in my head
Alternating between ‘leisurely’ and ‘feverishly’
Lest time runs out. 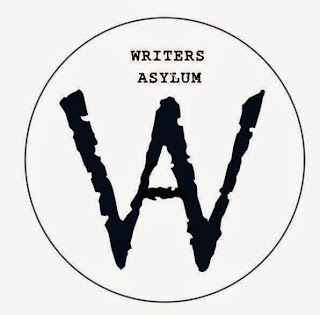 Of Mice and Men

The secrecy surrounding science has often been expected to be forgiven and forgotten. It is assumed that the relevant observations and inferences derived would be too much for an untrained mind to handle. Accordingly, we are encouraged to gratefully acknowledge the conclusions beginning with, ‘In simple terms . . .’ The activities that would have appeared clandestine in one context thus often appear merely Byzantine here, convoluted when it comes to comprehension but otherwise innocuous.

There was a time when activists dealing with issues of science and technology were seen as inhabiting a different category than those working on subjects more widely understood. But we soon realized that even ‘technical’ issues greatly impact the most basic of people’s concerns. We have learnt to develop a broader understanding of our problems in an age when even global warming has been known to be most damaging for the economically backward classes.

With people finding themselves the biggest stakeholders in the government’s decision making, the layman decided to lay down the rules this time. The Right to Information (RTI) Act, proudly and endearingly addressed as the ‘People’s Act’, came into being. The Act strengthened the common man’s ‘audacity’ as an outraged ‘govern-mentality’ looked on. The demand that followed, that of having a say in the decision-making process, was here to stay.

On more than one occasion, the Indian government has earned approving nods from giant corporations for its ‘no nonsense’ approach when it comes to talking business. Environment waivers have been awarded to several such groups with the benign generosity of a Eucharist priest. True to our reputation, we leave no stone unturned in being the hospitable host. We encourage our foreign friends to protract and perpetuate their stay here, often at the cost of the very household that accommodates them. Regulations, laws, rules, guidelines, strictures, all are dismissed with the wave of a hand. If we cannot bend, we shall amend.

Relatively, when it comes to giving information to its own people, we see the same government practising remarkable parsimony. When genetically modified (GM) foods came to be known as bad news, Monsanto-Mahyco’s anxiety over their consumers getting ‘out of the market’ was only expected. But what to make of a situation in which the Review Committee for Genetic Manipulation (RCGM) has been petulantly guarding the meeting minutes close to its chest? Those who were supposed to be our knowledge providers found it difficult to transcend their sympathy for (the imagined) ‘competitive position of the third party’. With even the Ministry of Environment and Forests clearly expressing its reservations about the competence of a court of law to rule on science and technology issues, where do the consumers go? Do they wait for the much touted ‘third party verifiable information’ by disinterested groups (if any such exist) to surface? Or do they take the declaration of pro-GM parties as a word of honour? Even if the latter is to be so, and if pleasant surprises are all that these groups have got to unravel, why not make their data public, clear the mist of suspicion generated by ‘environment groups’ and let GM foods be welcomed by the people in a warm embrace?

It is precisely because such disclosures were not initiated by either the companies or our own regulatory boards that groups like Greenpeace decided to take up the issue. A need for participatory consumerism was felt and one of the longest RTI battles to be began in 2005. Random, unofficial and, at times, irrelevant, information was fed to the people in crumbs and the farce is being played out till the time of writing this piece. For instance, in response to an RTI filed by a Greenpeace activist, the Department of Biotechnology (DBT) put forth the argument that the requested data on toxicity and allergenicity on mustard, okra and rice cannot be provided as it is under generation and has not been submitted to the RCGM. Contrarily, the DBT Appellate authority went on to put on record that the same data is under the RCGM’S consideration.

In an ideal situation, all such knowledge should have been accessible in the public domain, as it is one of the many ‘obligations of public authorities’ under Section 4 of the RTI Act: 'It shall be a constant endeavour of every public authority to take steps . . . to provide as much information suo motu to the public at regular intervals.'

The failure is all the more flagrant when seen in the light of Section 4(c), under which a public authority is required to 'publish all relevant facts while formulating important policies or announcing the decisions which affect public'.

Again, in Section 4 (3) it is made clear that 'every information shall be disseminated widely and in such form and manner which is easily accessible to the public'.

While all these provisions have been passed over, there is Mahyco on the other hand that presented a harried application to the Central Information Commission complaining that Section 2(n) of the Act has been violated because Mahyco’s submissions as the ‘third party’ were never invited. The company never chose to enlighten anyone on how information about whether they were manufacturing something toxic and allergenic would ruin their ‘competitive advantage’. Even if reason is thrown to the winds and it is assumed for a moment that such a thing were to happen, this case should be treated as the quintessential representative of the spirit of the Act, which mandates that ‘larger public interest warrants the disclosure of such information’. In the same application, Mahyco pleads that its arguments be considered in favour of ‘the principles of natural justice’. It is most intriguing to discover that those who do not flinch from putting the lives of millions at stake subscribe to such humanitarian philosophies.

The DBT insists on becoming the sentinel to Monsanto-Mahyco’s commercial interests instead of the health and survival issues of the citizens of India. Activists accused of keeping their fingers glued to the panic button have been facing the exasperation that comes from stating the obvious over and over again. Something like the 2006 field trials should have cautioned the Genetic Engineering Approval Committee suitably, when not just the farmers and the village panchayats but also the usually in-the-know state governments were clueless about the presence of transgenic crops in their fields. But the fact that field trials of GM crops are still on at the time of writing this is a distinct indicator of the seriousness, or the lack thereof, with which public health is treated in this country.

Foucault was right in believing that it is through discourse, or knowledge, that we are created. But if discourse is perpetuated by those in power, how does one know what kind of counter-discursive elements need to be generated to resist that imposition if the powerful keep knowledge locked in their sanctum sanctorum? Groups like Toxics Link have already used the RTI to uncover alarming data on bio-medical waste and import waste. The GM foods debate is yet another case where the direct co-relation between the right to know and the right to live rings true. It is precisely to uncover such vital information that the Act was designed. By turning its back to people’s Right to Information, the government is only lending certitude to the suspicion that it has something to hide. Even if we accept the government’s assurance that it is worthy of its people’s confidence, it is all the more perplexing to witness the government’s camouflage tactics in relation to its professed commitment to transparency. In a country where mice and men are made equally vulnerable subjects of experiment and people’s representatives turn into indifferent kings, the fates of its people can easily be shoved into dark grottos by alien pied pipers.

In fact, this case highlights what might well become one of the main challenges to the transparency regime in the years to come. The world is becoming more and more specialized and information is being expressed increasingly in a language that the layperson cannot understand. Therefore, even if people can exercise their right to information, it is not much use unless they can comprehend the information they get, and that too, in the correct context.

Perhaps the best example is the arena of medical sciences where more and more patients are unable to understand the prognosis, the treatment or even the nature of their diseases. And this is not because the whole matter is too complicated but because professionals have adopted the habit of talking in a language and using terms that only fellow professionals can understand.

In such a scenario, it is incumbent on governments to take an initiative in demystifying all these ‘technologies’ which critically affect the lives of people. It is the concurrent responsibility of people’s groups to develop information-clearing houses where such mystified information can be accessed from governments and other ‘technical’ institutions and made available to the people in simple terms and in a relevant context. It is admirable that Greenpeace has started doing this about many of the issues they work on, including the whole area of GMOs.

First published in the IndianReview of World Literature in English, July 2010. Subsequently published in Labyrinth, September 2010.