India's Daughter is proof: Not every film on rape fulfills feminist ideals

The Underbelly of Delhi University

Soon after I joined the Miranda House (Delhi University) hostel in 2003, I got too busy with extra-curricular activities within the college and the hostel to bother much with the curfew time. In Anukriti, our Hindi dramatics society, sometimes we were working on our full-length production till 2 in the morning. But as this happened every year, permission was granted by the hostel for this in a routine format and in any case we used to rehearse in the college auditorium itself. Gradually I started feeling that many other issues in the college also demanded attention and in my third year, 2005, I joined the students' union.


Office-bearers of the union and the administration had to work together on many fronts. It was in these close and direct interactions with authorities that I started mulling more regularly over claims made by the rule-makers that they always have the best interests of the students at heart. When a student living in a PG accommodation reported being harassed by her landlord, many students and teachers decided to take out a march that also addressed the larger issue of harassment of women in the university. I was surprised when our principal asked us to consider what such street action would do to the college's reputation. We went ahead anyway and protested till action was taken against the accused.


While marches demanding students' safety make for bad press, news of students' excellence in academics and extra-curricular activities are welcomed. So when MTV said they wanted to shoot a debate in the hostel premises with the participation of our students, it was allowed by the advisory body to the students' union. On the day of the debate, the staff advisor was reading again the permission letter I had submitted and she had signed. It was only then that she noticed the topic of the debate: Do the Mumbai film industry and the underworld share a connection? Around that time there had been some news reports suggesting links between actor Govinda and gangster Dawood Ibrahim. The staff advisor asked me to immediately ask the TV crew to leave because this was not a 'safe' topic. I refused to comply because, apart from other obvious reasons concerning the nature of her fear, I was not ready to face the embarrassment of going back on a commitment. I stated that it was something like this which would definitely create a dent in the institution's repute. I was told that if I was not willing to cancel the event I must write and sign a statement saying I would be responsible for the safety of all the participating students (in the event that Dawood Ibrahim tried to cause them any harm). With time running out and the crew and students waiting outside, I signed, later requesting all the students to safeguard themselves against the underworld if they did not want me to get into trouble.


Time and again, we came across these unfounded biases and unexamined opinions expressed by our 'elders'. They were supposed to be in our favour but, when they took the shape of rules and regulations on paper, had the power to adversely affect us. There was no room to have a conversation around it, to question and see if there was any logic or rationale behind it. It is not that we found all views of the older generation orthodox and hailed all positions of the young as radical. In fact we were supported by many teachers who also belonged to the same older generation. But when it came to those in power, who could make and execute rules, most were those who just toed the line.


When some of us in class worked to revive the almost defunct placement cell, we were supported by the concerned office staff member but unaided by the teacher-in-charge. She believed that students should go for higher studies, not lust after jobs and money-making. When organisations looking to recruit started pouring in, we couldn't help regretting all the opportunities that students in previous years must have missed at a time when they needed jobs.


During college festivals, it had become a trend that students would compete with each other in flaunting that their college had brought in the most famous/expensive band that year. I felt that art should be encouraged and good bands brought in that students would enjoy, but that it was a pity to spend so much money on inviting the 'brand names' when the college could use the money for so many amenities required more urgently by the students. This stand was applauded by the authorities because it did not advocate extravagance in spending college funds. On the other hand, when the union sold college sweatshirts to students at the cost price, it was criticised because it did not add to the treasury. And just a few days before this, the authorities had rejected many fund raising ideas (which did not require the students to pay) because they were not willing to shoulder the responsibility. How fair was it to expect the students to go on contributing to the college resources when there was little transparency about how the money paid in fees under heads like maintenance, etc., was being used?


It is inspiring today to see the Pinjra Tod campaign raise once again and with such a large support base the question of whether blind compliance and unquestioning obedience to authority figures is the best thing for us. It is all the more pertinent that they are doing it in the context of women's safety and freedom, which should be mutually inclusive but are ironically made to seem opposed to each other. In my earlier days in college, I had once wondered if we should express disagreement with hostel rules if we had known about them at the time of joining. I have since come to realise that some locks turn from the inside. 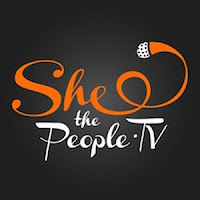