What is fit to be a sobering moment? A lurking suspicion of whether the rubber left anything inside you? A suspicion that will last till, and if, you menstruate next. Is that life’s way of reminding you that you were going over-the-top with your happy-go-luckiness and needed to be pulled down a peg or two? Is that its way of reminding you of the other side of life, something you aren't completely unfamiliar with, that needs to be dealt with, the side so many other people have to face daily? People who cannot afford to be heady with reckless joy like yours. Actually, it is a sad idea of a joke, a horrible idea of a punishment if devised by some god. ‘Ah! Now comes the time to remind the woman that her body has been designed for torture, not pleasure.’ A sick idea of teaching someone a lesson.

And what can you do? Get a surgery done and be done with the possibility of ever conceiving, even if you later decide to? Take pills? How many and for how long? Will you always know if something wasn't left behind insidiously, to remind yourself of your place in the world? To remind you that you are supposed to be the pleasure giver and not the pleasure recipient? True, you can end up getting ‘knocked up’ even if you are not getting any pleasure out of the act. But if you accept the role of the giver and accept sex as a price for the protection of holy matrimony, then you also accept the possible consequences of being quick or not so quick with child, depending on when the wheels of time stop turning on your menstrual cycle.

But bitches that we are, we go on taking risks with our bodies. We go out at night, or in the day, and risk getting raped. We don't just let the slimy gaze of the lecher slither down us but dare him to look us in the eye and bear the heat of the embers. We have protected sex and risk the one per cent chance of it not being protective enough despite the warnings of condom companies. Even when in unconditional love, we make an exception and have one condition, that we won't put our self-respect at stake.

Such are we. We will laugh, we will throw back our heads to register defiance and coolly gaze at god with smouldering eyes, to let him know that we are existing, surviving, living, actually, despite everything as much as because of everything. We won't beg and plead, for we remember and know that we have only ourselves to fall back upon. But we still hope that he (we agreed long back ‘she’ couldn't have been half as unjust) is up there. For we want him to be listening.

What #ResistCapitalism says about our place in the system

Last week #ResistCapitalism trended on Twitter. Twitter’s naughtiness in offering a misspelt C-word set the facile tone of the debate when the opposers of capitalism were accused of not having their spellings right, a sad example of the elitism whose slithering glove capitalism uses to cover its strangulatory hands. Distorting things to this simplistic level went on when those forming the resistance chain were stereotyped as no-questions-asked bouncers for communism and socialism, quoting *yawn* the examples of Russia and China. One does believe that many of these people genuinely want a better world for all and more’s the pity then that such limited approaches’ paroxysms killed the chance of conversations around alternate systems, visions of other isms.
A ‘comeback’ to #ResistCapitalism that kept reappearing with the smugness of a Jack in the box was that the resisters are using advanced technology to tweet and therefore, “haha gotcha”, were actually standing up to a system they were operating within. This arrogance that technology can only be birthed by capitalism negates human intelligence and the entire history of humankind that evolved through discoveries and preserved itself by relying on communal wisdom. Even if capitalism facilitates technology, if we are committing ourselves to saying that the users of technology have no right to oppose capitalism, and that those who do not have access to it should reach out for the gag tape themselves, then the American presidential elections must have seduced us into hosting the death wish that manifests itself as bulldozing brazenness. 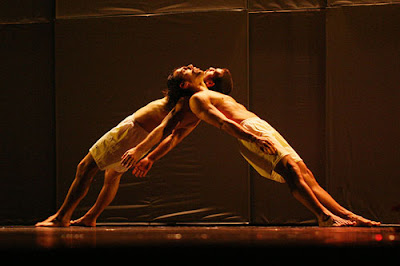 Shaming each other for complicity in a system we are trying to resist is not new to us. But it is important to differentiate between a preacher who does not practise from one who is in chains but can see them and is trying to move, between questioning and damning. If shame does not come externally, we take to self-flagellation, which is the masochistic version of navel gazing. Both kinds of humiliation, the type that is externally imposed and the one internalised, divide us and distract us from our collective struggle, for the self can be centred both on the notion of one’s greatness and diminutiveness. And this throwing of punches at the mirror suits our captors just fine.
We lose ourselves in theories, trying to defend the ‘high’ education we had believed in and repeating what it had taught us about ‘merit’-based growth, by first making itself a rare ‘commodity’ and then presenting itself as an award that we hadn't just earned through hard work but had received from a generous benefactor for being the loyalist who suffered many undeserved punishments silently. We use what was supposed to empower us to disenfranchise others, though our own power boosts us only to the extent that we learn to fool ourselves as well as anyone else.
And all this while, the only questions that needed asking were, “Do you feel happy and fulfilled in the present system, no matter what the system’s scientific or household name may be?” If even one voice answers in the negative, it should be cause enough to take another look at the structure.
Posted by ankita at 23:03 2 comments: