Men, be allies, not apostles of equality

A Facebook friend, a guy, once tagged me in a video. It showed men apologising for what women have to go through every day because they are, well, women. Several men stood by their women friends in the wake of the #metoo movement as well.

A number of men are coming out in support of feminism. They appear to understand the need for gender equality. Still at times they slip, and you draw their attention to it. You expect that they would discuss the situation with an open mind. You don’t require them to know every aspect of the problem but you have seen them being sensible and compassionate. So you assume they would agree that those regularly privileged by hierarchies of religion, caste and gender should now take a step back and listen to others in the room. But this supposition is often broken with a “now this is too much” from them.

They draw the boundaries, and decide what is enough or too much for those who have been marginalised for centuries. In that moment, they cease to be your fellow travellers moving towards a common goal. They start worrying you’re going to jump over their backs and gallop ahead leaving them behind. In that moment, they become a peeved donor and you, a greedy, ungrateful beggar.

I have faced being patronised by men who tell me how I am quibbling over small things while I should be focusing on bigger issues widening the gender gap. I would like to share a “small” example here of why we as women stand up for these apparently bite-sized issues.

A literature festival invited many authors; I was one of them. The invites and posters carried the names of the men. For the women, they had used the prefix Mrs. Anyone reading would have got this information about the men in the following order: an author named so-an-so is going to be there at the festival. About the women, they would have learned: a married woman, called so-and-so, who also happens to be an author (apart from being married), is going to participate in the fest.

I had a problem with this partisan approach, and the organiser understood and tried to fix it. But many men who heard termed it as nitpicking, and started stressing on how their knowledge of what was important should gain precedence over my lived experience.

Something similar happened around the time of my wedding. My partner and I had chosen to have a Brahmo Samaj wedding, which is supposed to be egalitarian towards the couple irrespective of their gender or religion. The acharya/priest who was to conduct our wedding was a highly placed official in a private body. His gentle smile and soft-spoken demenaour immediately put our wedding jitters to rest. He proudly shared with us the tradition of equality practised in Brahmo weddings, and showed sample scripts which had detailed the rituals. In the days to come, my partner was in constant touch with him. We modified some of the rites to make them even more uniform for the couple and the acharya readily accepted the tracked changes.

A few days before the wedding, I noticed the word “brotherhood” in the script. No matter how much thought I give to women, when it comes to such words I am unable to visualise women in the picture. I politely, and with much hesitation, talked to the acharya about it. (I was hesitating because my feminism had not erased from my mind the taught fear of upsetting men in the venerable role of elders or priests.) He was irked at my suggestion: “This is how language is. You cannot change language. If you have a better word, tell me.”

I did not say that language wasn’t discovered while it was roaming about like innocent, blitzkrieged sheep. It was shaped with a design in mind; it has its history and politics. I only tried to find a substitute, and when I suggested ‘kinship’ in place of ‘brotherhood’, he gave it his go-ahead.

Had he been upset at first because he was tired of our various modifications? Would he have reacted differently if, as usual, my partner had spoken to him?

When people announce themselves as allies to a certain movement or an ideology, they should not expect that the ones they are supporting should take it as a favour and not raise questions. It was precisely by dominating clans denying the truths and everyday realities of certain sections of society that these groups had originally got pushed to the periphery.

Allies to the feminist, or any other, movement would have to stop being imperious in order to contribute and gain equally, just as those who have faced persecution needn’t always be right about everything. The words of Australian activist Lila Watson makes sense in this context: “If you have come here to help me, you are wasting your time. But if you have come because your liberation is bound up with mine, then let us work together.” 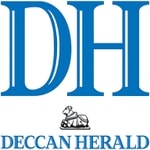